I went [Yokohama Triennale 2020] What is the future of the corona era presented by art? ① review and photo report

This article covers the 2020 Yokohama Triennale and introduces the contents of the exhibition.

I can’t put all the works on youtube because I can’t take pictures, but I can do it with a slide show, so I will edit and post it when I have time.

Let’s introduce the works of the artists in the order they were seen!

The exterior of the museum is covered with a gray net. Is it the intention to cover up the authority of the museum and reveal its true intentions, if not Christo, who died the other day? (At first glance it looks like it’s under construction) The artist is Ivana Franke.

The state of shaking is beautiful. The artist is Nick Cave.

The motif is the bridge in Yokohama

On the right is James Nasmyth’s work with the theme of the moon.

When you enter the exhibition room, you will find works by Takashi Arai and works by Kyo Takemura in the back.

A work by Kyo Takemura, colored acrylic is fantastic in the dark.

And in the next exhibition room, there is a work of cows illuminated in the dark and signs of poor people lined up and a work of Revohang Hanye by video.

When I went up the escalator from the entrance, I saw an interesting brown picture in the back, which is a work that Robert Andrew’s machine automatically draws.

A work in which Robert Andrew’s machine automatically draws pictures

Furthermore, on the wall of the aisle, a monochrome photograph with something like a red Hinomaru is drawn, and the frame and text are also very fashionable.

Now, from here, I will move on to the first of the two large rooms that are twice in the largest room in the Museum of Yokohama.

At the entrance, there are video works by Asako Iwama and Yuki Iiyama, and there is also a black drawing of Layeran Tabet.

In addition, Rosa BARBA’s 8mm video film projection device and video work, which is one of the three wonderful works in this exhibition. Although the content is about radioactivity, it is exhibited very dynamically.

Japanese artists are also exhibited in the corridor.

This page introduces the Yokohama Triennale.

The work you see when you go out of the room is Kim Yun-Cheol’s mechanical work. At the entrance of the next big room, there is a work in which a kneaded snake floats inside, which is also Kim Yun-Cheol’s work. The LED will illuminate, so please wait a while and see again.

It is a work of Kim Yun-Cheol. It glows with an LED.

Perhaps the most eye-catching thing in this room is the red carpet that is wide open in the middle. This work allows you to actually take off your shoes and walk on. I also walked, but I really enjoyed the feeling of climbing over obstacles.

On the right is a work by Elias Shime with industrial products pasted together like a painting. On the left is a work by Nirvagueresi on the theme of sports such as weightlifting for women.

A work by Nirvagueresi. If the Olympics could be held, the criticism might have been effective.

And in the back, Park Chan Kyung’s work is a story-style video work in which the Buddha waits in a container for a person who is becoming extinct due to radiation.

When you leave the room, you will see a three-dimensional work by Eva Fabregas, a female artist who was most interested in this exhibition.

We can touch it.

Surprisingly, the styrofoam inside was hard. I have seen her work in Helsinki, but I found the exhibition installation that fills the closed space of the gallery more attractive.

Although it is in a circular room, it is a work of Taus Mahacheba, and it is said that the performance will actually be performed here at the end of August or the beginning of September, and the image will be played on the LCD screen where it is installed.

It makes you feel the selection according to the TOKYO Olympics.

Will there be a performance in Yokohama? Due to the influence of corona, there is a possibility of only video.

Then, when you enter the last big room, you can see the work of a yellow tree hung horizontally.

And the work collected by Inti GUERRERO is installed in the corner of the room so that it is a room that should not be entered.

On the far right is a work like the stage set of Omer Washim & Saira Sheikh.

Works like the stage set of Omer Washim & Saira Sheikh

A number of small paintings on the back of a folding screen-like door are the work of Renuka RAJIV.

At the end, Tsherin SHERPA’s painting work is a combination of works divided into several blocks on a large wall.

On the right is a painting by Tsherin SHERPA. The center is the work of Renuka RAJIV.

Don’t forget that there is still a room in the back after going through the corridor.

In front of the paintings by Masaharu Sato, Oscar Sandylan, and Masaharu Sato, who died last year, there is a work by Jesse Darling, who has received only a few works and has not yet created a caption or explanation for the work. did.

A painting by Oscar Sandylan and Masaharu Sato. There is a work in which a woman in white clothes in the trance state of Ariafaride appears in the video. And on the way back, a small key of the crystal is exhibited, which is the work of Taisir Batniji.

A small crystal key is on display, but that is Taisir Batniji. 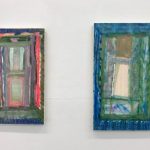 #3 Japanese contemporary art history Who is the next KUSAMA? 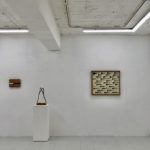 Explain the [difference] between [illustration] and [painting] for three reasons How to find ?

Hello, my name is Art presenter hidekiiinuma  The difference between [illustration] a …

I’ve been waiting! 2021 Recommended 【art movies 】for the year-end and New Year holidays 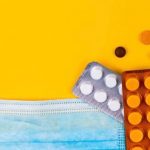 3 reasons why Japanese wear the 【mask】 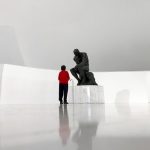 What is “art thinking” that the schoolbook does not teach? The reason why “art” you dislike now is useful for business 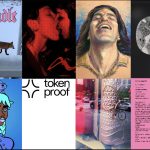 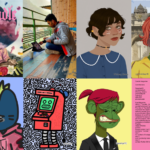 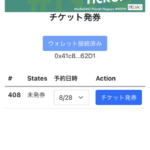